Tatiana Crespo: I think people really are proud to be Phoenicians. This whole Southwestern identity down here is contagious for sure.
Speaker 2: This is the wild, wild West, and it’s not like people think. There’s a lot of talent down here, there’s a lot of great places to visit.
Tatiana Crespo: There’s music everywhere, all the time, and at any venue every night, there’s something going on. There is a huge force of cultural pride here. I guess people had been waiting for an all-female Latin group around town.
My name is Tatiana Crespo. I am a member of Las Chollas Peligrosas. The Cholla is a type of cactus. In the right light it just kind of looks like it’s glowing. And they gather static energy, and then they latch onto you, and jump at you. It’s the jumping Cholla cactus.
Speaker 3: “Peligrosas” meaning a little dangerous, same thing. We were not going to be shy about getting out there and talking about the issues we felt were really important.
Tatiana Crespo: We try to talk about things and sing about things that perhaps are uncomfortable, but because you’re already in a room and the music is beautiful they might be more open-minded to listening. So, that’s how we kind of got our name is like, we’re awesome and exciting, but we also have a message that will stick with you.
It feels pretty awesome to be a part of a group that encourages that. One of the reasons I moved to Arizona was to be closer to the Hispanic community. I ended up here playing so much rich traditional Mexican music and writing my own. It absolutely has influenced my art in a lot of ways.
You know, the City of Fire. It’s a really rich scene and we all take care of each other, which is really special. I think Phoenix and the world are ready for female energy in that way. So, you better watch out because it’s a little peligroso. Just saying.

The Sound of the Valley of the Sun: Exploring Phoenix, Arizona's Eclectic Music Scene

When we think of American cities ripe with song and sound, our minds quickly move to places like Austin, Texas; Nashville, Tennessee; and New Orleans, Louisiana.

Well, listen up, folks: this is our official declaration of the excellence of Phoenix, Arizona’s music scene. From Latin-inspired pickings to Southwestern fusion that vibrates with the spirit of the desert, don’t sleep on the Valley of the Sun. Instead, follow its melodies to the best live music venues in town.

Phoenix, Arizona is home to some of the most talented musicians in the country.

Phoenix’s vibrant blend of both Latin and Native American cultures makes for a unique musical heritage and distinct sound, rich in texture and tune. This diversity too translates to the crowds that flock to house parties and concert halls to mosh and mingle — all are welcome in these parts. So if you’re heading out on the town for the evening, be it Mexican, jazz, punk, or Mariachi, there’s probably a live-set just a stone’s throw away and a performance right up your alley.

The self-described “sisterhood” and local sextet fuses Latin folk melodies with accordions, violins, guitars, and multilingual vocals, drawing inspiration from their everyday lives as mothers and musicians in Arizona. Though the band is in its youth, its players are all veterans of the city’s music scene and believe that it’s on the rise as a hard-hitting destination. Fitting for the metropolis at the heart of the Valley of the Sun. Here are some of their favorite spots:

If you’re big into beer and beats, The Lost Leaf is the venue for you.

Located right off of Roosevelt Row Arts District in downtown Phoenix, the drinkery-come-art gallery enjoys nightly performances by a variety of musicians and bands. The perfect place for a weeknight whistle-wetting, at The Lost Leaf Bar & Gallery you can check out walls of beautiful artwork and dance the night away to an up-and-coming act.

Seven nights a week, Last Exit Live hosts the best in local talent and the biggins’ on national tours. The cozy indie music club is located in the Historic Warehouse District of Downtown Phoenix and is known for its classic red stage curtain, quality sound (for all of you audiophiles out there), and cutting production chops.

If you’re hungry for Arizona eats, thirsty for hooch, and have a hankering for checking out local talent, look no further than Crescent Ballroom. This former garage features free live music, the best in Tex-Mex eats, and a lounge that will help you loosen up for a round on the dance floor. From punk-folk players to DJs who spin all night, the venue is a favorite of both locals and out-of-towners, and one of the key spots that paved the way for the city’s celebrated music scene. If you’re looking to hop, the neighborhood is packed with great venues, including the Van Buren and Valley Bar. Fun fact: Every Thursday, Crescent offers a community bike ride around downtown Phoenix. Roll out for a fun way to see the city and work up a sweat for the cold beer and burritos that await at the bar post-ride.

You can’t talk about music in Phoenix without mentioning the long-celebrated Musical Instrument Museum. Here, visitors can explore a world of music in the largest museum of its kind across the globe. With a collection of over 6,800 instruments and objects, the institution is a truly multi-sensory experience. Rock out in the Experience Gallery; Revere the beloved tools of musical icons like Elvis Presley, Johnny Cash, John Lennon and more in the Artists Gallery; and relish in the memories of your days in the band.

Whether you’re into singer-songwriters, salsa, mariachi or moody alt-rock, there’s a space and a sound you’ll love in Phoenix’s expansive and eclectic music scene — one that, proudly, can’t be summed up by any single genre. This city deserves special notice! 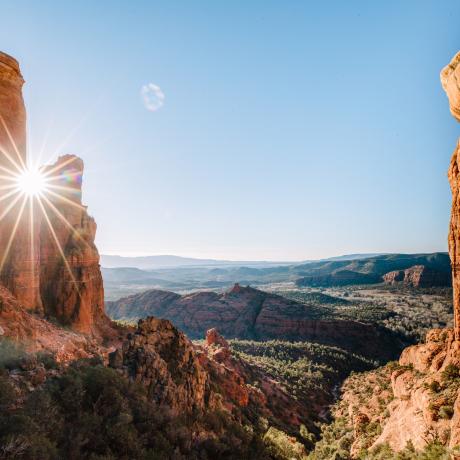 United Stories
Behold the Many Wonders of the Southwest

On a Southwestern U.S. road trip, explore an abundance of natural wonders and diverse cultural experiences.

United Stories
Behold the Many Wonders of the Southwest

On a Southwestern U.S. road trip, explore an abundance of natural wonders and diverse cultural experiences. 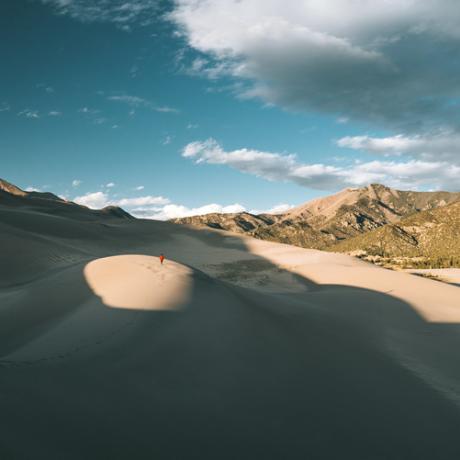 Colorado beckons with a whole world of adventure. From sand to snow, sky views to scenic yoga, Colorado’s charms are too many to count.

Colorado beckons with a whole world of adventure. From sand to snow, sky views to scenic yoga, Colorado’s charms are too many to count. 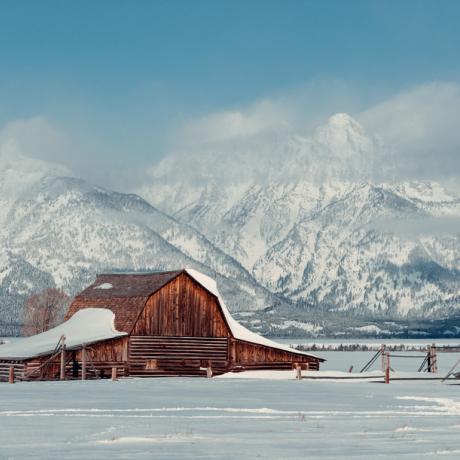 Explore the vast nature of the historic Old West in Wyoming, where the Great Plains meet the Rocky Mountains.

Explore the vast nature of the historic Old West in Wyoming, where the Great Plains meet the Rocky Mountains.

This website uses Cookies to offer you an enhanced browsing experience. Find out more about how we use Cookies
Visit The USA © 2021 Brand USA. All rights reserved.