Rows of grapevines at a Traverse Wine Coast vineyard at dusk

Aerial view of the charming downtown and beautiful waterfront

Biking along the waterfront

Grand Traverse Commons, an 1884 hospital turned into a shopping and dining destination

Skier on the slopes at Crystal Mountain

The sun settting over Lake Michigan behind the Frankfort Lighthouse

Big beauty and culture with a small-town feel

Nestled along the deep blue waters of scenic Grand Traverse Bay, picturesque Traverse City is one of the most popular destinations in the USA’s Great Lakes region, a charming “real American small town” that serves as the cultural and social hub of northern Michigan.

Surrounded by a glacier-carved landscape of deep freshwater lakes and rolling hills, the Traverse City area has 376 kilometers of continuous Lake Michigan shoreline that attracts swimmers, sailors, boaters, beachcombers and kayakers. Discover Sleeping Bear Dunes National Lakeshore, a 100-kilometer curve of beaches, coves, islands and hills that was voted “Most Beautiful Place in America” by viewers of the “Good Morning America” TV show. Three lighthouses – Mission Point, Frankfort and Grand Traverse – paint a serene picture of the past and draw visitors to the tip of scenic peninsulas. In Leland, anglers will enjoy exploring Fishtown, a historic fishing village, before casting their own lines into some of the country’s finest trout streams.

Best known as a fruit-growing region – and the USA’s leading producer of tart cherries – Traverse City is a major wine and craft beer destination. The Traverse Wine Coast, which encompasses the Leelanau and Old Mission peninsulas, is dotted with more than 40 vineyards and wineries. Follow wine trails on both peninsulas to discover this vine-rich landscapes. Along with microbreweries and micro distilleries, regional cuisine is also putting the city in the spotlight, thanks to a new generation of talented chefs who use fresh local ingredients from the surrounding woods, waters and farms. Bon Appetit named Traverse City one of America’s “Five Top Foodie Towns.” Take the scenic route to restaurants or picnic spots and bike the TART trail, eight paved routes totaling 161 kilometers. Find retail therapy at The Village at Grand Traverse Commons, a former state hospital built in 1884 that was converted into a community of shops, restaurants and studios. Or, head over to beautiful downtown Frankfort and catch a movie at the historic Garden Theater.

Traverse City has transformed from a rustic holiday community into a charming and sophisticated small city with streets, parks and public spaces harmonizing with the scenery surrounding them. Downtown is no exception with its tree-shaded Victorian walkways lined with boutiques, coffeehouses and restaurants. With a large population of artists, craftsmen and musicians, the community has a rich cultural life featuring dozens of galleries, studios, museums and a wealth of performing talent. Stop into the State Theater, a historic movie palace, or its sister theater Bijou by the Bay for both new and classic movies (or visit during the film festival).

The Grand Traverse Region is the world’s largest producer of tart cherries – the kind used in pies. They're grown here on more than 3 million trees in commercial orchards.

With nearly 40 vineyards and wineries, the slopes of the Old Mission and Leelanau peninsulas have become the heartland of an increasingly famous wine-producing region known as the Traverse Wine Coast.

3 Stunning Wine Destinations in the USA

Mackinac Island, Michigan - The Jewel of the Great Lakes

Dive In to the Great Lakes

Frankenmuth, Michigan: 3 Ways to Explore Little Bavaria in the USA 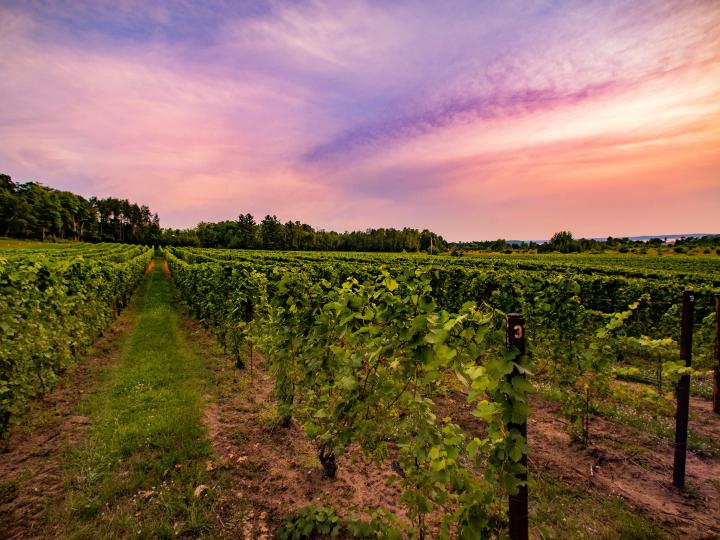 Detroit, Michigan: A Round-up of the Motor City's Major Attractions