A Lincoln look-alike in the Old State Capitol, during the city’s History Comes Alive festival

Outside of town, the historic brick stretch of Route 66

The classic Cozy Dog Drive In restaurant, a legend of Route 66

Live music at Boondocks Pub, honored as Nightclub of the Year in the 51st annual Academy of Country Music Awards

Inside the Abraham Lincoln Presidential Library and Museum

History comes alive in the Land of Lincoln

Springfield, the capital of Illinois, is located just over three hours from Chicago. Begin your journey in Chicago, the starting point of historic U.S. Route 66, and travel the Mother Road, visiting retro diners and roadside attractions on your way. Once you arrive in Springfield, you’ll find a destination rich with history and culture. Abraham Lincoln, the 16th President of the USA, lived in Springfield with his wife and family before moving to Washington, D.C., as President in 1861. From its Route 66 legacy and Lincoln history to its state-of-the-art museums, unique architecture, wonderful art galleries and exciting food scene, Springfield is a charming capital city.

Route 66 cruises through the heart of Springfield. Pick up an Explorer Passport at the Springfield Visitors Center and discover the Route 66 Living Legends of Springfield, featuring business owners with a passion for the Mother Road. There’s the Cozy Dog Drive In, where the Waldmire family has served the classic Cozy Dog on a stick since 1949, and Maid-Rite, the first drive-through restaurant in the USA, where Sam and crew still serve the famous Maid-Rite sandwich and homemade root beer.

There are new legends too, like Ron from Route 66 Motorheads Bar, Grill & Museum, one of the hottest spots in Springfield, and Gina and Stacy from Route History, sharing the African American history of Route 66. You’ll find more legends waiting to share their stories and love of the road at the Route 66 Drive-In, Fulgenzi’s Pizza and Pasta, Weeble’s Bar & Grill and the Curve Inn. And be sure to snap a selfie on the 2-kilometer original, hand-laid stretch of Route 66 brick road near Auburn. It dates back to 1931 and is listed on the National Register of Historic Places.

Abraham Lincoln is one of the USA’s most beloved presidents. In Springfield, see the story of Lincoln the husband, father and man, before he was president. Play Abe’s Hat Hunt, another Explorer Passport experience highlighting 12 Lincoln historic sites and attractions. Tour the Abraham Lincoln Presidential Museum, which features special effect theaters and engaging exhibits chronicling Lincoln’s life from boyhood through his presidency and assassination.

Next, venture out to see Lincoln’s New Salem State Historic Site, a reconstruction of the 1830s prairie cabin village where Lincoln lived prior to Springfield, as well as Lincoln Home National Historic Site, the only home the president ever owned. Continue to the Old State Capitol, where Lincoln tried cases before the court, served in the legislature and delivered his famous House Divided speech. Then, stop at the Lincoln Depot, where he gave his Farewell Address before departing to Washington, D.C. Finish your journey with a reflective visit to The Lincoln Tomb, the final resting place of Lincoln, his wife and three of their children.

Impressive structures and museums abound in Springfield. The Illinois State Capitol, the sixth to house the center of the state’s government, is known for its Renaissance Revival and Second Empire style. With its stunning glass dome, the building stands higher than any other in Springfield. It’s even taller than the U.S. Capitol in Washington, D.C. While at the Capitol Complex, explore 500 million years of Illinois’ natural history at the Illinois State Museum, home to three floors of exhibits that tell the story of the state’s land, life, people and art.

The Frank Lloyd Wright-designed Dana-Thomas House offers a look inside Wright’s early Prairie Style architecture. Nearly complete with original furnishings, the home is full of Wright’s trademark art glass, furniture and fixtures. With 35 rooms and 1,114 square meters of living space, the Dana-Thomas House is a favorite of architecture fanatics. Edwards Place, an Italianate mansion and one of the oldest homes in Springfield, was a center for social activity in Lincoln’s era. Newly restored in 2015, Edwards Place was owned by Mary Todd Lincoln’s sister and husband, Elizabeth and Benjamin Edwards, and houses the “courting couch” where a young Abraham Lincoln wooed Mary Todd.

Springfield’s “Horseshoe” sandwich was created in 1928 and is served open-faced on Texas toast with meat or veggies, French fries and a delicious cheese sauce.

Route 66 travels directly through Springfield where you can find the Cozy Dog Drive In, home of the original hot-dog-on-a-stick (corn dog).

Ask a Local About Springfield, Illinois

Spotlight: The Underground Railroad on the Shawnee National Forest

Route 66 in Illinois: Retro Dining on the Mother Road

Top Cycling Spots in the USA

Alton, Illinois: A Trip through Culture, History and Nature

The Great Outdoors and Cultural Adventures in Alton, Illinois

Hannibal: A Delightful Story in Itself

Hannibal: A River Town With A Famous Son

Quad Cities: Fun and Friendly Destination with So Much to Explore

Fun for the Whole Family in Quad Cities, Illinois 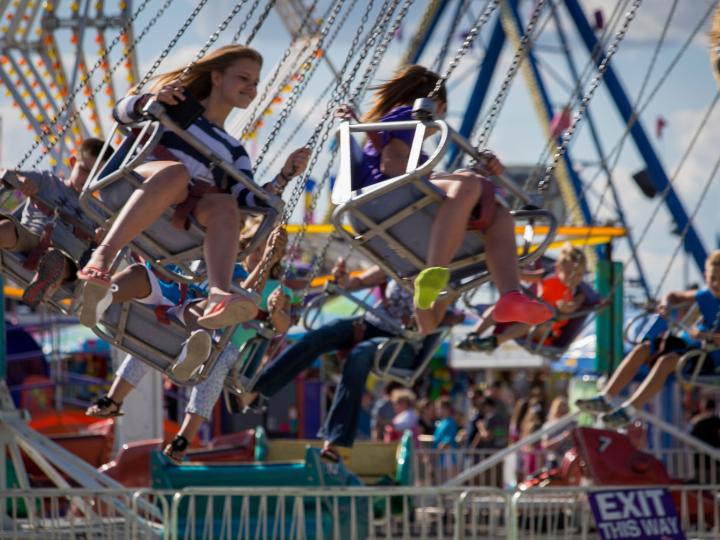 Fat A** 5K Race for Charity