Musicians perform in a downtown gazebo

Just a few of the Wall to Wall Murals

Taking a break in the Lower Town Arts District

Picture-worthy architecture in the historic downtown

Checking out an exhibit at William Clark Market House Museum

The Market House Theatre at night

A creative enclave steeped in history

Creativity is the common thread that connects people from around the globe to Paducah, Kentucky, the world's Seventh City of Crafts and Folk Art in the UNESCO Creative Cities Network. Anchored by the National Quilt Museum and a thriving fiber arts community, Paducah is a haven for creative thinkers and doers.

At the heart of the USA’s inland waterways, the Ohio River contributes to the flow of Paducah's energy and fascinating history. Its impact on the area’s character is captured at River Discovery Center, where visitors learn about everything from the city’s earliest inhabitants to modern life on the river. Another landmark, The Coke Plant, also pays tribute to Paducah’s past. Built in 1939, this one-time Coca-Cola bottling plant located in the Midtown neighborhood now houses a coffee shop, brewery and pizza place in its carefully preserved and fascinating building. The plant is not the only historic space that’s been reborn. The recent colorful revitalization of the Lower Town Arts District creative and historic residential neighborhood, anchored by the Paducah School of Art & Design, brought an influx of artists showing and selling work in galleries around town. Historic Downtown’s vibrant streets are full of 19th century architecture, locally owned shops and restaurants and the 1927 Columbia Theatre.

As a UNESCO Creative City, Paducah welcomes artists from around the world to share culture and craft through exhibitions, workshops and performances. The Yeiser Art Center, Maiden Alley Cinema and Gallery, Market House Theatre, Clemens Fine Art Center and the Carson Center all contribute to Paducah's diversity of ongoing cultural offerings ranging from live theater to exhibitions, art films and classical performances by the Paducah Symphony Orchestra. The National Quilt Museum stands as a monument to the city’s reverence for arts and crafts. Over 500 quilts are on display in galleries and exhibits that showcase the medium’s incredible range. Outside, there’s a gallery of another sort in the city’s Wall to Wall Floodwall Murals, one of the area’s most popular attractions. These 50 painted panels – the work of renowned muralist Robert Dafford – line the riverfront, telling the story of Paducah’s history in bright, detailed form, making for a fun self-guided tour.

From the Civil War to civil rights, Paducah's narrative is intricately connected to U.S. history. Visit the Lloyd Tilghman House & Civil War Museum to learn about Paducah's pivotal role during the war, and then take a tour of a heritage museum, the refurbished Hotel Metropolitan, that hosted famous African-Americans during segregation. The city’s history is equally reflected in its architecture and historic attractions, including the William Clark Market House Museum, an 1876 drugstore where much of the interior’s original detailing remains intact. Inside, you’ll find exhibits of artifacts as well as a gift shop. Another important piece of the city’s story is brought to life at the Paducah Railroad Museum. Just across the street from the 1925 Freight House, try the railroad simulator that lets you drive a train and explore a full-fledged steam locomotive outside.

Founded in 1827 by William Clark of Lewis & Clark fame, Paducah's heritage can be traced to its strategic location at the confluence of the Ohio and Tennessee rivers.

Paducah is one of only six U.S. cities belonging to the global UNESCO Creative Cities Network, which spans 116 cities in 54 countries.

Alton, Illinois: A Trip through Culture, History and Nature

The Record Labels of Soul and Their Legacies Today

Memphis: Why You Want to Get Outdoors Here

Memphis: Holiday in ‘The Birthplace of Rock 'n’ Roll’

The Soul and Magic of Memphis, Tennessee

A Tasty Guide to What’s Cooking in Memphis

A Delicious Weekend in Memphis, Tennessee 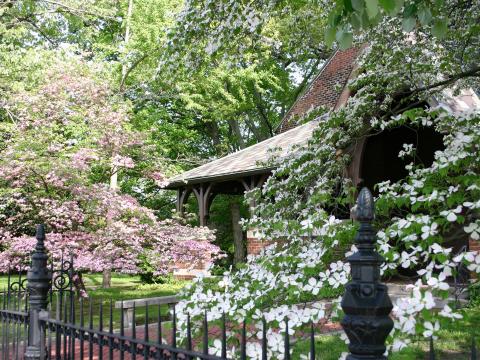 Boats and Bourbon: The Perfect Pair in Kentucky

A Weekend in Louisville

8 Delicious Sandwiches Across the USA

Off to the Horse Races in the USA!