Colorful buildings on the waterfront at Fisherman's Wharf

Paragliding over the beach in Marina

A can't-miss photo opportunity with a friendly sea otter

Soaking up the sun at Lovers Point in Pacific Grove

Views along the hiking trail at Pinnacles National Park

Touring wine country along River Road in the Salinas Valley

Asilomar Beach, an ideal place to stroll and feel the ocean breeze

Monterey County is about to jump to the top of your list of picturesque regions to visit in the USA. This temperate central California beauty – made up of 12 cities including the cities of Monterey, Carmel-by-the-Sea, Pebble Beach and Big Sur – is full of lush, dramatic scenery. Picture seaside cliffs and pristine beaches, where you might spot whales, sea otters and migrating birds. From famous writers’ haunts to Spanish Missions, the history here is just as fascinating as the geography. Aside from the epic scenery, you'll savor unforgettable flavors from the area's award-winning food and wine scene. Plus, there are limitless opportunities for recreation, including world-class golf, shopping, kayaking, hiking and much more.

Salinas’ National Steinbeck Museum celebrates the life and work of one of the USA’s most noteworthy Nobel Prize-winning authors. Visit The John Steinbeck House for a peek into the writer’s childhood and have lunch at the House’s beloved restaurant. Don’t miss a trip to historic Cannery Row; this former turn-of-the-century cannery hub has been revitalized with waterfront dining, entertainment, colorful coastline, wine tasting and more. For more history, explore Fort Ord National Monument, the site of an old military base set amid rolling hills and featuring kilometers of trails to hike, bike or horseback ride. The Central Coast also has a strong connection to Mexico that spans centuries. Monterey was the first capital of what was once Alta California, and several Spanish missions reside in the surrounding area, including the iconic Carmel Mission. The Spanish language is also widely spoken here.

Since there’s so much dizzying beauty to absorb, go ahead and take the scenic route. Highway One’s coastal route takes you past wetlands, artichoke fields, cypress forests and rocky coastline all the way to Big Sur. Drive historic 17-Mile Drive to see beaches, palatial estates and The Lodge at Pebble Beach, the elegant resort poised on the edge of one of the world’s most renowned golf courses. Sip your way through Salinas and Carmel Valleys on the River Road and Carmel Valley Wine Trails. It doesn’t get prettier and more serene than beach city Carmel-by-the-Sea, where art galleries, exceptional dining and tons of cultural offerings are on the menu. Don’t forget to spend time soaking up the sun on the white sands of Carmel Beach.

Being a pastoral paradise isn’t Monterey Bay’s only claim to fame; it’s also rich in wildlife. Head to the Monterey Bay Aquarium for a first-hand look at Life on the Bay, an exhibit that showcases the sea otters, humpback whales and other animals that thrive here. Encounter Giant Pacific octopus, a kelp forest and a splash area inhabited by penguins. If you want to add a little more excitement to your wildlife viewing, go on a whale-watching boat tour. Led by biologists and naturalists, each tour reveals a variety of remarkable animals in their habitat, including sea birds, dolphins, sea lions and orca.

Although not as well-known as Napa or Sonoma, the Monterey County wine region actually produces the most premium grapes in North America, spread over 16,187 hectares.

As the No. 1 agricultural region in the United States, the Salinas Valley earned its nickname "Salad Bowl of the World," due to the wide variety of fruits and vegetables grown here.

Nearly a quarter million tons of sardines were processed on Cannery Row in 1945, the year John Steinbeck's “Cannery Row” was published.

Dine with a View in California

Where to Go Whale Watching in the Western USA

Where to See Dory and Her Fish Friends

10 Musts for Foodies in Monterey County

Santa Cruz: Wineries and Field-to-Table Dining on the Coast

Hike, Bike and Zip Line in the Redwoods of the Santa Cruz Mountains

An Insider’s Guide to Silicon Valley: Channel Your Inner Geek

The Tri-Valley in California: Where to Eat, Drink & Shop

The Drive for Quality in Livermore Valley

See San Francisco, California, Through the Eyes of 2 Avid Kayakers

5 Offbeat Events That Reveal the Spirit of U.S. Destinations

San Francisco, California: Your 4-Day Feast of Food and Culture

San Francisco, California: Sightsee and Dine in the City by the Bay

8 Bike-Friendly Cities in the USA 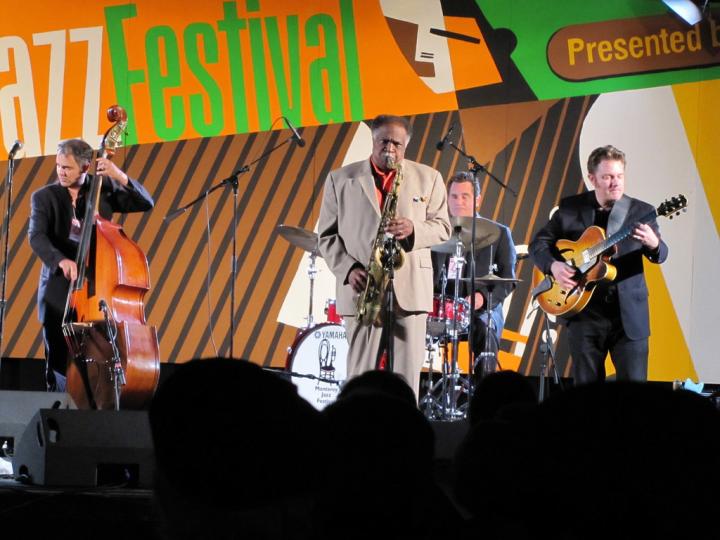