Watching the sunset over the lake from a scenic overlook

Epic lake views from the summit of Prospect Mountain

Tackling obstacles in the trees on the Adirondack Extreme Adventure Course

Equal parts outdoor adventure and rural relaxation, Lake George in New York State’s Adirondack Mountains is celebrated as one of the USA’s first vacation destinations. The area is nestled around the 51-kilometer-long lake and packed with a diverse array of activities for every season. The colder months offer ideal conditions for skiing, snowboarding, ice fishing and snowshoeing, while in warmer months, swimming, kayaking, amusement parks, lake cruises, historic tours and scenic hikes await. The hours in between can be spent shopping at outlets and local shops, sampling local food and brews, and seeing the famous lakefront “Mystery Spot” with an echo that is said to defy the law of physics.


Take in the View

Thomas Jefferson once called the 51-kilometer-long Lake George “the most beautiful water” he ever saw. Experience this natural splendor via a peaceful kayak trip or through the variety of tours offered by Lake George Shoreline Cruises and the Lake George Steamboat Company. To take in the scenery from dry land, drive along the Prospect Mountain Veterans Memorial Highway. The mountain’s 619-meter summit offers 360-degree views of the region, including sights 161 kilometers away in New Hampshire and Vermont. From Smith Street in Lake George Village, you can take an even more scenic route and hike the 5-kilometer round-trip trail to the top of Prospect Mountain and back.

Turn on the excitement with one of many thrilling activities in this otherwise placid region. Sign up for a wild whitewater rafting ride along the nearby Hudson and Sacandaga rivers. Several companies, including Wild Waters Outdoor Center, Sacandaga Outdoor Center, Beaver Brook Outfitters and Whitewater Challengers, offer excursions. Or, pedal along an abandoned railroad track that cuts along the Hudson River and through the Adirondack forest on a scenic “railbiking” excursion with Revolution Rail Co. At Natural Stone Bridge & Caves, see and walk on the massive marble cave entrance known as Stone Bridge and explore other caves, grottos and natural water features. Finally, for an epic adventure of another variety, head 10 kilometers south to the roller coaster rides and water park slides of Six Flags Great Escape amusement park in Queensbury.

Sir William Johnson gave Lake George its name in 1755 in honor of King George II of England and it became a key battleground in the French and Indian War. The Fort William Henry Museum takes visitors back to that period for a glimpse of what life was like, with reenactors telling tales of defending the British Colonies on the front line. More history awaits about an hour south in Glens Falls at The Hyde Historic House & Art Museum, which boasts an impressive collection of 19th century European, American, Modern and Contemporary art.

The lake is home to more than 170 islands, 148 of them state owned. Visitors who obtain a permit can camp on some of the larger islands.

On May 31, 1791, Thomas Jefferson said that Lake George was “the most beautiful water I ever saw.”

Rather than have them captured by the French, the British sank hundreds of their own boats in the lake during the French & Indian War. Now, Lake George is a popular site for divers.

New York State: Home to Some of the USA's Famous Foods

Vermont: Exploring the Beauty of the Shires

6 Lakes You Must Visit in the USA

The Berkshires: Vacation Escape for All Seasons

Catskill Mountains of New York: Mountain Adventures for Everyone

Where to Ski in the USA for Beginners and Intermediates

Your Guide to Skiing and Snowboarding in New England

An Insider's Guide to the Vermont Cheese Trail

The Catskills in Upstate New York: Fishing and Kayaking Adventures 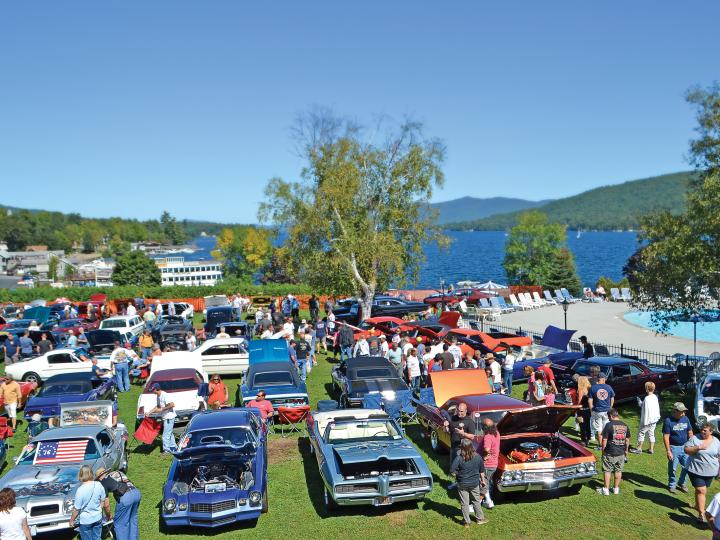 7 New York City Experiences You Can Only Have in Winter

9 Travel Hacks To Get You Through New York