Strolling through the colorful gardens at downtown’s Centennial Park

Mt. Pisgah as the leaves are beginning to turn

Lively, small-town charm with a touch of the Netherlands

Holland is a welcoming, picturesque city, where you can enjoy each moment. You’ll get your fill of scenic western Michigan here; it’s wildly beautiful, boasting a string of beaches, preserves and historic towns, each prettier than the next. In spring, Holland’s cobblestone streets are bursting with tulips; in autumn, the U-pick orchards are ripe with fruits. A typical day might include roaming Dutch-inspired attractions, browsing downtown shops, biking to the beach, catching a lakeside concert or hitting one of the best farmers markets in the state. At night, you can sample craft beer and dine on the waterfront. No matter how you fill your time here, make sure to take plenty of it – there’s a lot to experience.

After being settled by the Dutch, Holland’s earliest homes were log sheds that grew out of the forest. Now, that heritage is preserved in the city’s Dutch architecture, food and festivals. Visit the DeZwaan Windmill at Windmill Island Gardens, the Veldheer Tulip Farm and Nelis’ Dutch Village to get a taste of the Netherlands right here in Michigan. Take historic walking tours and view the extensive Dutch art collection featuring pieces from the 17th, 18th and 19th centuries at the Holland Museum. Just a few blocks away, the Cappon and Settlers Houses tell the story of Holland’s first mayor and earliest working-class settlers. The world-renowned annual springtime celebration, Tulip Time, is the flagship celebration of Holland’s Dutch heritage. Visit in May to see parades, traditional wooden shoe klompen dances and more than 5 million blooming tulips.

Historic and hip, downtown Holland is a year-round destination. Named the nation’s Coolest Downtown by America in Bloom, it’s filled with beautifully restored late-1800s and early-1900s architecture, tree-lined streets and whimsical pocket parks. Wander at your own pace to discover a creative collection of boutiques, breweries and bistros found nowhere else. Even more special about Holland’s downtown is how both its appearance and activities change with each season. In springtime, it’s tulips and parades and in summer, perennials and street performers. Autumn brings corn stalks and pumpkin carvers, while winter shines with holiday greens and Sinterklaas (the Dutch version of St. Nicholas).

Drink in the glory of the world’s largest lake located entirely in a single country. Bigger than Switzerland and boasting 102 lighthouses, Lake Michigan is a freshwater wonder. Try sailing, kayaking, Jet Skiing and kitesurfing, or fish for your own dinner. Along Holland’s section of this stunning lakeshore, find more than 1,500 hectares of parks and trails that meander through marshlands, wooded glens and towering dunes. You can bike 240 kilometers of paved bike paths or head off-road for hiking, mountain biking and fat tire adventures. When lake-effect snows arrive, cross-country ski or snowshoe through hemlock forests. In any season, top off your Holland visit with an unforgettable Lake Michigan sunset seen from one of the city’s pristine beaches.

Holland is home to one of only four wooden bowl mills in the USA.

Holland Harbor Light – also known as “Big Red” – is the most photographed lighthouse in Michigan.

Holland is home to the largest municipally owned snowmelt system in the USA, which keeps downtown streets and sidewalks “snow free” in the winter.

Friendly, Festive and Fun: 5 Ways to Get to Know Lansing, Michigan

3 Summer Music Festivals You Should Know About

Ask a Local About Milwaukee, Wisconsin

Ask a Local About Jackson, Mississippi

Chicago, Illinois: Underwater Views Around the World at Shedd Aquarium 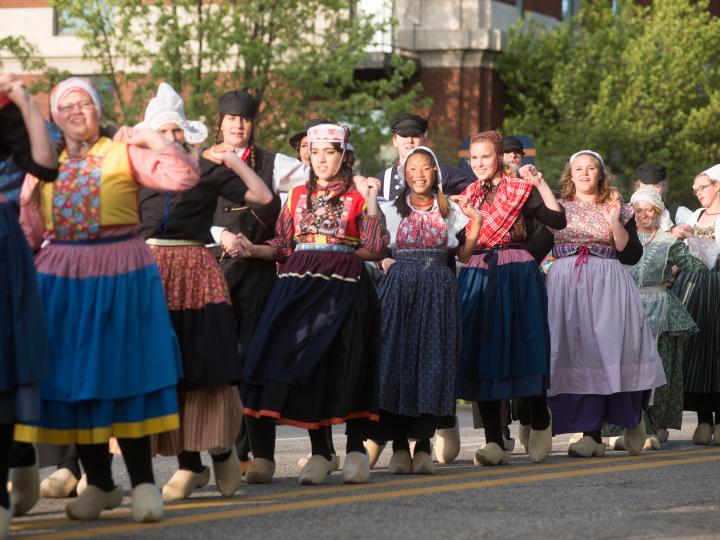 Art in the Park

Plan Your Next Adventure