The classic marquee at the historic Plaza Theatre

Nighttime view of San Jacinto Plaza and the city skyline

Biking in the Franklin Mountains, five minutes from downtown

Situated at the foothills of the Franklin Mountains at the edge of the U.S.-Mexico border, the West Texas town of El Paso is home to a range of cultures and historical sites unique to the Lone Star State. An average of 320 days of sunshine has earned it the nickname “Sun City,” so you’re practically guaranteed to spend your visit enjoying the outdoors, whether it’s hiking and rock climbing at Hueco Tanks State Park or dancing to the beat at a lively downtown festival. Plus, El Paso is within a few hours’ drive to some of the most spectacular places in the southwestern USA including Guadalupe Mountains National Park, White Sands National Monument and Carlsbad Caverns National Park.

History is part of what makes El Paso unique. Over the past four centuries, Native American, Mexican, Spanish and Western cultures have shaped modern-day El Paso. Discover the stories of Native American tribes at the Tigua Indian Cultural Center and Museum, see the legacy of Spanish explorers at 17th century adobe churches along the El Paso Historic Mission Trail, and dive into local history at the El Paso Museum of History. The city is home to a diverse collection of museums, including the International Museum of Art, El Paso Holocaust Museum, and Fort Bliss and Old Ironsides Museums (home to military memorabilia but temporarily closed).

Fun in the Sun City

Pack up your gear for rugged trails and spectacular views at Franklin Mountains State Park, a haven for hiking, biking and rock climbing. Hueco Tanks State Park and Historic Site is also beloved among avid climbers; it hosts the annual Hueco Rock Rodeo competition returning in February 2023. Thanks to year-round sunshine, the city’s events calendar is packed from January to December. Film buffs can enjoy the Plaza Classic Film Festival every July, and dancing in the streets is encouraged at Viva! El Paso (celebrating Native American, Spanish, Mexican and Western American culture every June). Don’t miss the city’s best views along the Scenic Drive overlook, offering stunning vistas of El Paso, the Rio Grande and neighboring Juarez, Mexico.

El Paso is home to three professional sports teams and the University of Texas at El Paso basketball squad. See the future stars of baseball at an El Paso Chihuahuas game, or watch the El Paso Rhinos junior ice hockey team take on the best of the Western States Hockey League. The El Paso Locomotive FC, a professional USL soccer team, kicked off their inaugural season at Southwest University Park in 2019. Finish up with a tee time at one of El Paso’s golf courses; the Tom Fazio-designed Butterfield Trail Golf Club is a stand-out favorite.

A star is born: El Paso’s Star on the Mountain, which sits on the side of the Franklin Mountains, is the largest man-made illuminated star in the world.

El Paso is known as the birthplace of the Margarita and the self-proclaimed “Mexican Food Capital of America.”

El Paso is home to more than 400 years of documented history, which is displayed in landmarks and monuments throughout the city.

New Mexico Underground: Touring Caves and Caverns in the Southwest

Where to Stargaze in the USA 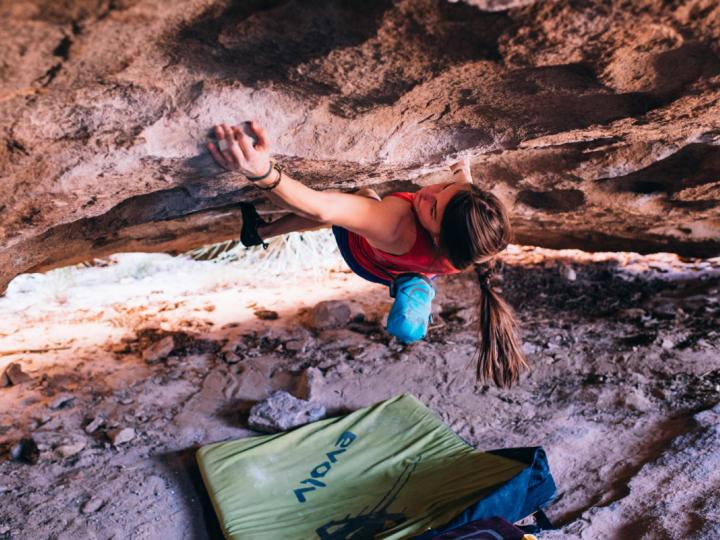 Saddle Up! Texas Trails on Horseback

Experience Two Sides of Texas in Dallas and Austin

Austin, Texas: A Taste of Live Music and Urban Excitement

Bandera: The Cowboy Capital of the World

Where to Stargaze in the USA

7 Great Beach Towns To Visit In The USA

9 Awesome Spots to Celebrate New Year's Eve in the USA