Dining on New American cuisine at The Apparatus Room

Find that special vibe in Detroit’s eclectic blend of experiences.


A City Proud of its Cultural Identity

Because Detroit offers so much to see and do, Thrillist calls it one of “America’s Most Fun Cities.” Vibrant, diverse and inclusive, Michigan’s largest city continues to capture worldwide attention with its iconic, innovative, highly creative and groundbreaking talent. From chart-topping musicians to distinctive museums, Detroit’s cultural scene is in its prime. Catch a Broadway production at the legendary Fisher Theatre, see your favorite band at the Detroit Masonic Temple, or watch a classical performance at the opulent Detroit Opera House. Fine-art seekers will be impressed by the Detroit Institute of Arts, whose art collection is one of the USA’s most significant. See the world’s largest African American historical collection at the Charles H. Wright Museum of African American History or the only museum dedicated to the Arab American experience at the Arab American National Museum. Take a self-guided or group tour for a history lesson and great photo ops.

Legacies that Shook the World

At the Henry Ford Museum of American Innovation, a collection of artifacts and exhibits – including the Rosa Parks bus and John F. Kennedy’s presidential limousine – showcase U.S. grit, innovation and invention. Much of Detroit’s identity is rooted in a rich musical history as well. Explore the Motown Museum, also known as “Hitsville U.S.A.,” to see instruments and recording equipment used by legendary artists such as Michael Jackson, Marvin Gaye, Aretha Franklin and The Supremes. As the birthplace of techno, Detroit hosts Movement, one of the largest annual electronic dance music festivals in the country.

How Locals Eat, Drink and Have Fun

Sports are part of the Detroit DNA. Enjoy the exciting District Detroit, a 50-block sports-and-entertainment zone featuring the home venues of four professional sports teams within walking distance of each other. Cheer for the home team at hockey, football, basketball and baseball games. Explore the promenade of entertainment and outdoor recreation along the Detroit River at the RiverWalk, named Best Riverwalk in America by USA Today. In the summer, downtown’s Campus Martius Park transforms into an urban beach and serves as an events epicenter the rest of the year. The aquarium, conservatory, beach and new Oudolf Garden at Belle Isle Park are great for nature and outdoor lovers. Feeling hungry yet? National Geographic named Detroit one of its “6 Unexpected Cities for Food Lovers.” Sample fine dining, food cart fare and international cuisine; wash it down with an ever-expanding selection of local craft beer. Shopping is unique in Detroit too. The largest Black-majority city in the USA, Detroit is home to more than 50,000 Black-owned businesses that offer more shopping opportunities than your suitcase can allow.

Detroit is the only city in the lower 48 U.S. states where you can look south instead of north to see Canada.

With 13,000 seats in a two-block radius, Detroit is the second-largest theater district in the USA.

Detroit’s Belle Isle Park is the largest urban island park in the USA. It was designed by Frederick Law Olmstead, the architect of Central Park in New York City, and is home to protected woodlands, plus a golf course, museum, nature zoo, conservatory and sports fields.

Detroit, Michigan: The City with a Creative Heart and a Motown Soul

Detroit, Michigan: A Round-up of the Motor City's Major Attractions

Ask a Local About Detroit, Michigan

Detroit, Michigan: 3 Ways to Tour the City of Motown

Ask a Local About Jackson, Mississippi

Frankenmuth, Michigan: 3 Ways to Explore Little Bavaria in the USA

Friendly, Festive and Fun: 5 Ways to Get to Know Lansing, Michigan

Up-beat and Down to Earth: Cleveland, Ohio

5 Unforgettable Places to Practice Yoga in the USA 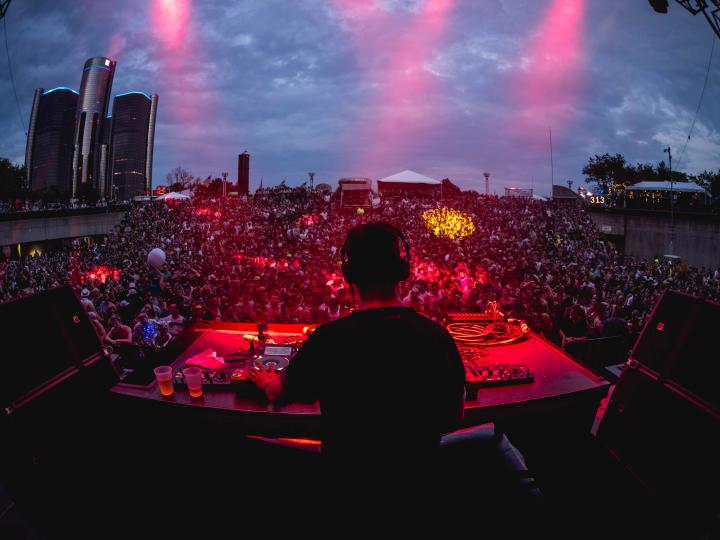 The Maker Faire at the Henry Ford Museum of American Innovation

5 Places to See the Northern Lights in the USA

On the Town in Michigan’s Must-see Cities